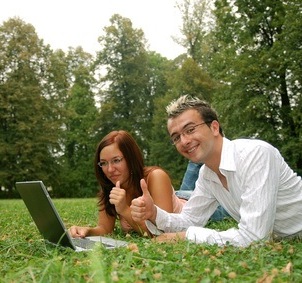 Interpersonal influence and word of mouth (WOM) are ranked the most important information source when a consumer is making a purchase decision. The influence may be especially important in the tourism and hospitality industry, whose intangible products are difficult to evaluate prior to their consumption. When WOM becomes digital, the large scale, anonymous, ephemeral nature of the internet induced new ways of capturing, analysing, interpreting and managing EWOM technologies.

Hospitality and tourism marketers must understand that their guests are going online in increasing numbers and that in their electronic universe these consumers are exposed to and are likely influenced by the many sites devoted to the selling or discussion of travel and tourism. Tourism and hospitality marketers and managers should take the lead in understanding and utilising the emerging technologies, rather than being driven by the adoption of strategies by their competitors.

The reality of public involvement in traveller reviews has dramatically altered the way customer loyalty and satisfaction must be compared at the property level. It is no longer acceptable to measure satisfaction and team performance based on a closed loop model of customer feedback alone, namely the traditional comment card. Guest comments are now public, as are quality ratings, and failing to apply team accountability for public commentary, or failing to measure up against your competitive set, are like ignoring rate positioning in a crowded marketplace.
The fear inherent in these changes is understandable. Hospitality and tourism operators are accustomed to quiet, private complaints. For years, complaints have come by letter, phone call or other private interaction, including a closed-loop comment card. The internet has unmasked the truth behind reputation and brand. It has put public scrutiny to work on private business matters.
Fanning the fires of this change is the amazing credibility afforded to web reviews by potential guests and customers, the highest credibility in the consumer arena. In fact, 88% of those reading them say reviews contribute to their ultimate hotel selection. Additionally, review users consider what they read to be almost twice as important as brand or reputation in their decision. As consumers become more web savvy, and as the economy drives them to more comparison shopping, the visible quality measurement provided by consumer feedback and ratings will increase in influence.
Consider Tripadvisor as an example of the new public reality of tourism and hospitality comments that has shattered the quiet complaint model. Tripadvisor boasts 32 million unique visitors per month, 10 million members and houses 20 million reviews and opinions on 400,000 hotels and attractions. They are not alone in influence. Hotel.com has 1 million reviews, Priceline.com delivers Zagat reviews in addition to their own and the new search engine by Microsoft, Bing, targeted to give Google a run for its money, delivers reviews from Travelpost when a hotel is searched.
According to Tripadvisor, 57% of consumers will not book a hotel unless they have read reviews. Other source statistics put the total influence from 42% to 66%, but one trend is clear; the amount of consumers relying on reviews is growing. With Jupiter Research confirming that consumers using these reviews consider them more important than brand or reputation the public comments housed on third party sites have become a major player in the buying decision. If these reviews do not bear out their emotional attachment with the brand, they will stay elsewhere.
Consumer reviews and user generated content still dominates the tourism and hospitality’s view of social media. While the consumer reviews are absolutely critical and a potential gold mine for hotels running good operations, social media extends way beyond consumer reviews into several other social media channels.

YIELD-RELEVANT TOURIST DECISION MAKING
This research is part of a wider study, “Enhancing the spatial dimensions of tourism yield” led by Professor David Simmons and funded by the Foundation for research, science and technology, in which I was involved with the data collection and initial analysis of the findings. The objective of the study was to develop an in-depth understanding of international tourist decision-making processes, with emphasis on understanding itinerary, activity and expenditure choices.
One of the key findings was that social networks are to play a vital role in tourism marketing. The report emphasised that while international tourists exhibit some locked in behaviour such as transport choice, accommodation selection and length of stay, all of which are generally organised prior to arrival in NZ, there are many decisions which remain open, such as choice of activities and daily purchasing decisions.
I would add that not only does social media act to inform, persuade and reinforce decisions while international tourists are travelling in New Zealand, but the expanded web and social presence means that through the tourist process of utilising review and other social mediums, your products and services may be accessed prior to arrival in New Zealand, becoming booked before arrival or at least, included in the decision set to be confirmed once in the country.

PHD FINDINGS (to date)
Although only half way through the research, there are some notable key trends in relation to the international visitors use of social media networks:

The proliferation of content and social media means that technology holds the key. Many small to medium sized operators may have access to some of the free tools, but the lack of knowledge and experience to know what to do with these tools and the data they mine. These businesses need assistance to get the most out of network reporting software.