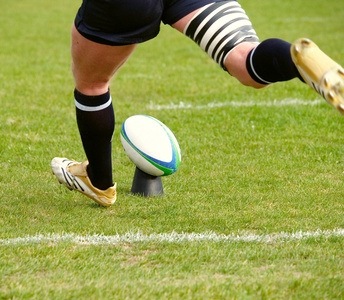 It looks like the trans tasman rivalry has already kicked off with a flurry of media activity on Friday about the hotel prices for the Rugby World Cup in New Zealand.

It was started by comments from Australian Sports Tours general manager Sam Harrison who said “Some of the prices are just ridiculous”,  a hotel in Hamilton planned to charge $700 a night – up from its normal $60 to $100, was one example quoted.  While in New Zealand response has been that the Aussie remarks are inflammatory as a ploy to try and drive prices down, particularly when exorbitant pricing was prevalent during the Sydney Olympics and the Rugby World Cup.  Here are a few of the media articles related to the debate:

Surely setting the prices is basic economics – if there is high demand then of course the prices will go up, that’s one of the benefits of hosting such an event, however in New Zealand Bruce Robertson of the Hospitality Association is expecting there to be options available to cater for all budgets.

“The reality is there will be plenty of rooms available, and there will be packages that will meet most budgets, depending on how far they are willing to travel for a given event.” Time will tell as the official allocations are completed and rooms available for Joe supporter are released for sale.

It would be good to hear direct from some accommodation providers in New Zealand as to their pricing strategy during the world cup period, without giving away too much to competition, is it realistic to expect that there will be options available for a variety of budgets? Is it likely many supporters will need to be accommodated in different cities or towns (or in Australia as suggested by the Aussies!) and just travel to the event on the day?

What advice should be given to accommodation providers for price setting during this period? How this is all managed will indeed be interesting and let’s hope New Zealand tourism providers will be the winners on the day.