Tourism meets democracy, or is that bureaucracy?!? 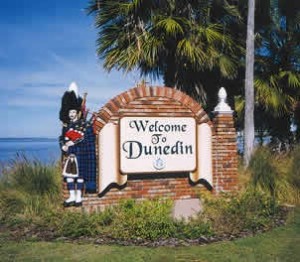 After a few hours of much needed reflection following my representation of tourism at a notable mayoral debate held here in Dunedin, I find myself in a state of dismay about the candidature for the ‘top job’ here in the City of Dunedin.

All did not start well, with some candidates seeming to struggle even coming to grips with delivering a pre-prepared two minute introduction; with a radio microphone seeming to throw some right of kilter! After a slow and somewhat cringe-worthy start, most seemed to be settling in and starting to sound what you’d expect from someone who would consider standing for mayor.

A couple of questions in, the gentleman sitting next to me questioned whether in seeking to reduce council expenditure it was their role to be dealing with services out with ‘core services.’ Fair question you may be thinking, but the gentleman’s one and only example of areas that lay out with core services was tourism. It was at this point that I had to strongly withhold the temptation to open my mouth. Instead I waited and firmly followed up with a question based around the benefits of tourism to the city, how far Dunedin has come under the current council and whether any of the candidates would endorse further investment. Taking you back to my opening lines, the response has since left me in a slight state of shock.

Firstly, the complete lack of knowledge from many of those standing on our industry (a large employer and one of the only growing industries in Dunedin) simply dumbstruck me. Surely if you were running for Mayor, you would do your homework? For many of the candidates the stance was clear – we shouldn’t be worried about the tourists because if the infrastructure is good in our city then people would come anyway. I wish an opportunity would have been made for a follow up question, I would have loved to have stood up and suggested that perhaps with our panel of candidates being such experts on tourism they should take up positions advising other regional councils or even central government. If we seem to be ‘wasting’ so much money on tourists – then think how money could be saved across New Zealand if this’ unneeded’ expenditure of tourism was cut?

I apologise for my sarcasm and please don’t get me wrong, I am not naive, I understand that these people are looking for votes and tourism is certainly not an area that is going to win over a lot here in Dunedin. You would, however, like to think that the people standing for a position that has so much responsibility would put in a bit of research and at least try and keep one of the city’s key sectors onside.

5 thoughts on “Tourism meets democracy, or is that bureaucracy?!?”