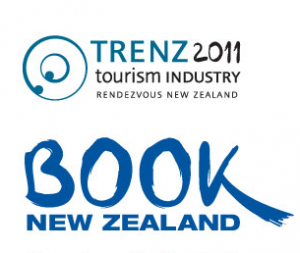 TRENZ, the New Zealand tourism industry’s most important annual event, will begin a new chapter in its history in 2011.

For the first time ever, TRENZ will be located in New Zealand’s strongest visitor region, showcasing the Southern Lakes. It will take place at the Queenstown Events Centre, 22-25 May 2011.

The new location is sure to be a powerful incentive for international travel and tourism buyers and media to make the time to travel to New Zealand for TRENZ 2011, Tourism Industry Association New Zealand (TIA) Chief Executive Tim Cossar says.

Southern Lakes chairman Dave Hawkey says hosting TRENZ 2011 is a significant opportunity for the region and its tourism operators.

“Hosting TRENZ 2011 will showcase the Southern Lakes region to influential tourism industry leaders and media, and provide a host of Buyers and Exhibitors the opportunity to experience this diverse and spectacular part of New Zealand. The three regions of Lake Wanaka, Queenstown and Fiordland combine to offer some of the most memorable landscapes and experiences New Zealand has to offer. This is the first time TRENZ has been held here in the Southern Lakes and we look forward to working with TIA in presenting another successful TRENZ to the world.”

The new location is bringing a host of other new features to New Zealand’s largest international tourism trade event.

TRENZ has traditionally been held in Auckland, Christchurch or Rotorua as these were the only centres with infrastructure to host such a big event which involves more than 1200 people. Moving to Queenstown offers fantastic new opportunities, Mr Cossar says.

“We want Buyers, Media and the New Zealand Exhibitors to experience the best of the Southern Lakes region. We’ve allocated a half day for delegates to get out and experience some of the region’s iconic tourism attractions for themselves. Strong famil programmes will help Buyers and Media get a real sense of the experiences available in the Southern Lakes,” Mr Cossar says.

“We’re also changing the format of some of the traditional TRENZ networking functions to allow delegates more time to enjoy some of the great things the region has to offer. This will provide more opportunities for New Zealand tourism operators to invite our international delegates out for drinks or dinner, extending their opportunities for doing business during the event.”

While the Queenstown Events Centre is the largest capacity venue in Queenstown, it does not have the same floor space as traditional TRENZ venues so Exhibitor booth sizes will be limited. Attendance fees for Exhibitors have been adjusted to reflect this.

Delegates will have the opportunity to schedule 51 fifteen minute business meetings during the three core days of TRENZ 2011. Unlike previous years, the event will begin on a Sunday and finish on a Wednesday. This will enhance the potential for international delegates to visit other areas of New Zealand before and after TRENZ.

“We have really tried to make some changes for TRENZ 2011. It will certainly be different to what delegates have experienced in the past,” Mr Cossar says.

Exhibitor applications for TRENZ 2011 will open on Thursday 25 November.