The Aftermath for Tourism Businesses in Christchurch 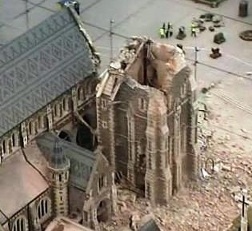 Fletcher Building announced their new estimate of $20 billion to rebuild. Fortunately much of this cost will be borne by international reinsurers. In some ways, that can be seen as a massive injection of foreign capital into economic activity in New Zealand.

The real problem is what, where and how to rebuild?

As business people we must also consider the impact of the earthquakes on our businesses.  What will be the impact on foreign tourists? Will they now see New Zealand as a dangerous destination?  Will that fear, if it exists, extend beyond Canterbury to our region too? We just don’t know yet.

Frankly, we suspect that the impact of the quakes will be soon forgotten by tourists, and itineraries will simply be re-routed to avoid the damaged areas.

Meanwhile, shifts in exchange rates (the NZ dollar is falling, something likely to be accelerated by this morning’s cut in the OCR); international geo-political crises; the dramatic rise in fuel prices; carbon taxes, and so on are potentially greater influences on the tourism industry.

And will the earthquakes drive significant changes in New Zealand demographics?  We have already seen a great deal of migration out of Canterbury to the North Island.  Many of you will have had these refugees as guests over the last couple of weeks.  Question: is that likely to turn into a permanent flow north of Christchurch residents, including tourism and hospitality operators? Or will they return home to rebuild as soon as they feel secure to do so?

We hear, for example, that 40% of Christchurch’s hospitality businesses are ruined.  What can those business people do? It may be months before they can start to rebuild, assuming that they want to.

One thought on “The Aftermath for Tourism Businesses in Christchurch”