Why Tourism Can And Will Change Its Operating Model 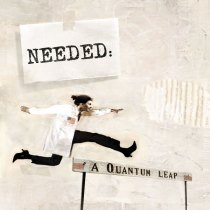 Marketers and managers of destinations have long absorbed the concept that places go through a cycle of development from the initial discovery of a place, through its early development, growth, consolidation and then stagnation phases.  Yet, this same cycle has not been applied to the macro pattern of mass tourism. This is strange because virtually every other aspect of human society is in the midst of a radical re-think and is starting to examine, question and evaluate the deep assumptions and beliefs that have sustained human progress and economic growth over the past 100-150 years.

As a human system that is so embedded in and dependent upon human society and economies, tourism will be profoundly impacted by the scope and depth of the re-think for three reasons:

I believe that the mass global tourism industry, which is based on a worldview best described as rational, scientific materialism, is in radical decline (despite appearances to the contrary) and needs to be replaced by an alternative.

The industrial model on which tourism is based is collapsing. As it matures, it produces diminishing net, unit returns to all participants, and relies on volume growth to compensate for yield declines.  As visitor volume increases, so do the costs associated with resource depletion, pollution and wealth concentration.

Survival and prosperity depend not just on becoming green but waking up to a whole new way of doing business that can, in part, be summarized as follows:

It’s premature to specify what the emerging model will look like and how it will work but we can speculate.  In my paper titled, Can Tourism Change Its Operating Model: The Necessity and Inevitability, obtainable on request from theconscioushost@gmail.com . I explore its features in more detail. All we can do here is outline some key characteristics:

This post is s summary of the content presented on the Conscious Travel web site and, more specifically of a discussion paper titled Can Tourism Change Its Operating Model: The Necessity and Inevitability obtainable upon request from theconscioushost@gmail.com. Further relevant references includes:

The author welcomes all comments and contributions to the concept!